The Smartlipo™  laser adds another step in achieving the best results with the tumescent liposuction surgical procedure, that Dr. Garrett Crabtree has successfully performed for many years. It is not, however, a stand alone procedure.  The true determinant of a good result depends on Dr. Crabtree’s expertise in Liposuction Surgery and not the laser.  In true tumescent liposuction the fluid contains a local anesthetic  that provides complete numbness in the area to be suctioned. The fluid also contains a medication that causes the blood vessels to become very small during surgery , resulting in almost no blood loss during the procedure. Although some surgeons use a variation of the fluid and still employ general anesthesia, true tumescent liposuction is performed under local anesthesia with the fluid acting as the anesthetic, and the agent to reduce blood loss.  The constriction of blood vessels results not only in almost no bleeding, but also a significant reduction in bruising and swelling. This allows most people to be back to their normal activity levels within 24 to 48 hours. The addition of tumescent fluid has opened the door to the development of a much safer, easier, and aesthetically pleasing procedure, that is patient friendly.

Dr. Crabtree was the first physician in Kentucky to incorporate the Cynosure  Smartlipo™ Laser Liposuction procedure into his practice, and as a national trainer for Cynosure, he has helped train many other physicians across the country in the Smartlipo procedure. 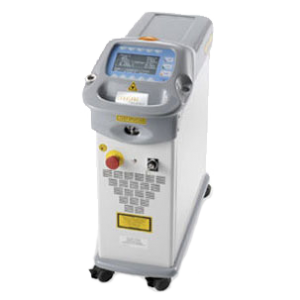 Some patients may feel recovered within 1 to 2 days after the procedure, but this will depend on the surface areas treated and amount of fat that was removed from the body.

The body needs time to recalibrate its fluid needs after the removal of large volumes of fat and it also needs time to heal after tissues in the body are disturbed and redistributed. The bigger the change in fluid volume in the body and the larger the area disturbed by the surgery, the longer the recovery will take. Because Smart Lipo is less traumatic to tissues in the areas treated, it tends to take substantially less time for the body to heal following the procedure than it does for other liposuction techniques.

Dr. Crabtree will schedule check-up exams with you in the first few weeks after your surgery to make sure that the healing process is going as planned.

Very professional and caring experience. The procedure and the recuperation is fast and not to painful. If you are going to do this, do it with Dr Crabtree and his team, they are the best
Carolina King
17:46 19 Aug 16
Retired several years ago so I decided to have several liposuction procedures performed by Dr. Crabtree to get my abdomin, love handles, and chest area flattened out. This unique and effective procedure was painless and only required a local so I was able to drive home after the procedure. Recovery time was quick and within days I was able to return to my daily activities. I would highly recommend this procedure and if my body ever needs flattening out again Dr. Crabtree and his staff will my first contact to have this procedure performed again. Excellent overall experience and my results exceeded all expectations.
Steve McConahy
13:08 21 Jan 16
Dr. Crabtree and his staff have always been very professional and friendly. Dr. Crabtree does excellent work and I HIGHLY recommend. For those looking for a doctor that has the expertise in the field, Dr. Crabtree is the best person for the job. You will not be disappointed. Every morning I look in the mirror and I'm EXTEMELY happy with my results. Go for a consult and you will be happy you did!!
Katie Tate
14:31 26 Feb 16
This past May my son was getting married. I worked on getting my stomach pooch down through exercise. It wasn’t working. Dr. Crabtree preformed liposuction on me and immediately I saw a major difference. I took it easy for a few days but went back to work and people remarked the difference it made. I was able to get in my dress for the wedding! I highly recommend Dr. Crabtree. He is so compassionate and caring about his patients. The procedure was really a breeze. But I will say, don’t think you are going to go in as a 60 year old woman and come out with a 40 year old body. We still have our same body! This is just a great enhancement.
Kathy Mattingly
21:01 22 Nov 15
What exercise, a good diet and weight training couldn't do, Dr. Crabtree and his Team DID DO. In one consultation, Dr. Crabtree educated me, made me laugh and reviewed the whole process with me before I made a decision. An educated approach that made me feel like came to the right place.
Rebekah A. McDonner
16:41 01 Jun 16
Dr. Crabtree is so knowledgeable and I went in for lip injections and they looked so beautiful!!
Miranda Jarfi
02:46 25 Oct 17
Amazing experience! Friendly and knowledgeable family staff. Dr. Crabtree bent over backwards to help me and I couldn't be happier with my results! Highly recommend!
Wendy Jean
17:49 31 Oct 17
The moment I walked in the door I was treated like family!! I found Dr. Crabtree to be extremely knowledgeable he answered all of my questions. I decided to proceeded with the procedure (LIposuction and sculpturing under my chin and neck. It made a huge improvement, very little downtime. The next time you’re in his office asked to see my pictures I give permission.
Deniece Kaelin
22:40 31 Oct 17
I had a great experience with services at Liposuction Institute. I had an area of fat on my abdomen that I wasn't able to get rid of with diet or exercise. The procedure was painless and you fully awake. I was very pleased with the results. I would highly recommend!
Pam Brooks
20:49 07 Nov 17
‹
›
Scroll to top